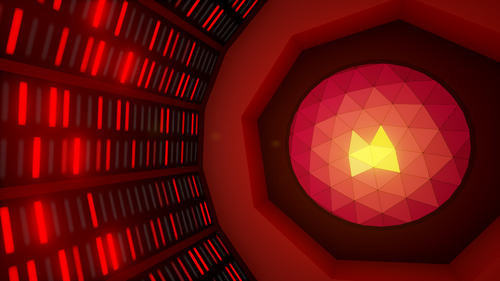 This is quite a last-minute update, but we have quite a few new followers since our appearance on Rock, Paper, Shotgun this week, and wanted to make sure I clarify our release plans.

We've partnered with Humble, who have made the game's extended development possible, to release the game as a Humble Original as part of their Humble Monthly Bundle for July.

The game will be released exclusively for subscribers of this Humble monthly bundle service 5 hours from me posting this. However, the game will also soon become part of Humble's new Trove feature, in which all Humble Originals from the past are available to new subscribers. So fear not, if you miss it.

Go get the Humble bundle here!

Finally, in a few months, the game will go on sale elsewhere. Maybe here, maybe Steam, maybe Humble. We want to release it alongside a remake of Disorient on the Murder Express (our first release). In case you're wondering; waiting until it's on sale elsewhere will be the best way to put money into our pockets specifically, but honestly, we just want the game in people's hands and our partnership with Humble has been lucrative for us and will help us achieve just that. Like I said earlier, they made this game in its current form possible, so we'd love it if you'd jump on this bundle and give the game a play.

This has been fun, and we hope to see you again very soon.

The team at National Insecurities.

This game is awsome and I would love to see more games made!

The "evidence glow" option does not seem to work, all evidence still glows. I think that it really diminished my experience with the game. It felt like it was grabbing me by the arm, and pulling me along for the experience (which is fine if you're mostly there for that), instead of an investigative play style.

Otherwise it was good, the classical music went well with things like bodies slowly passing by in the background in the centrifuge while you're pondering over things, practical humour :)

'Evidence glow' is there to make evidence glow more that it usually does. By default, they are flat, bold colours. With the setting turned on, they kinda pulse. People kept missing them. We didn't intend to make a game about searching for evidence, our focus was more about piecing it together. We've seen what this game looks like when players are searching for that final piece they're missing, and that's not the game we wanted to make at all.

Glad to hear you enjoyed it overall, though, and thanks for chiming in.

We've got even weirder stuff on the way, so keep an eye out.

Very fair points. I can imagine that it might get frustrating, not finding that one final piece. Maybe the hint system could've started to make evidence stand out more/glow if you used a "ponder" action or so, and then slowly dissipate. So you could've seen glows looking out the windows and have clues where to go, yet maybe nothing too precise. But then again, you already said the game's focus was  elsewhere. Looking forward to the Murder Express remaster, good luck with 2000:1's Steam launch, and your future releases!

I recently subscribed to the Humble Monthly Bundle, and this was the FIRST game I have tried out from all of the games offered to me. The name, an obvious reference to 2001: A Space Odyssey, caught my eye, as it was of my favorite movies. Seeing as it was both the first Humble Trove game and the first game in general I got to try out, Its quality has determined my first impression of the service. And all for the better.

The game is short - I finished it in about an hour - but magnificent. While not exactly the most challenging mind puzzle, it is definitely not an easy walkthrough, and combing for clues across the tiny but dense spaceship and figuring out what happened is very rewarding. The voice-acting varies on the positive side of the spectrum - MAL's voice acting is incredibly professional and convincing, especially during the end, while the Inspector's voice-acting is not on the same level but still very impressive for an indie game this small. The use of classical music works wonderfully inside the atmosphere of the game, and the references to 2001, some more obvious than the rest - were something I found amusing and I appreciated the homage.

However, the game is not perfect - especially on the technical side. My laptop is not exactly the most powerful piece of technology and it is indeed almost 5 years old - but it is still an i7 processor coupled with 6GB of RAM and a dedicated NVIDIA GPU, with an extra 2GB of RAM to it alone. it can run Bioshock Infinite - a slightly more complex game - at medium settings 1080p with a comfortable 30-40 fps. Here, while playing on the LOWEST possible graphical settings - I would vary between 30-40 fps while looking away from the main spaceship's body - while being inside MAL's control room for example, or floating outside the spaceship next to the communications unit - to an abysmal 15-20 fps whenever the ship's main body was in the camera's view. Although, in the scenes where the Inspector showed up and the gameplay was reduced to a screen behind him, the fps spiked back to 30-40 fps even inside the spaceship. In all honesty, if not for the amusing name and my general patient nature with indie games, I probably would have given up during the first few minutes because floating around a spaceship at 15 fps is quite a chore (although I am glad I didn't give up). I am not expecting a flawless, 1080p 60 fps experience - I understand my hardware has reasonable limitations due to aging - but I definitely feel that some further optimization is possible to make the game run more smoothly - perhaps selective asset presentation. Also an option to choose the game's resolution would have been welcome, as it is selected dynamically by the engine according to the screen and there is no in-game option to change it.

In conclusion, If there was an option to rate this game with 4.5 stars out of 5 - that would be my rating. The story is intriguing and rewarding, the voice acting in some parts (especially the end) is on the verge of superb, and the main gameplay mechanic of gathering evidence and the presenting it to MAL in the right order to force a confession out of him is skillfully executed and avoids becoming tedious. I could see this game getting an expanded release on Steam, with perhaps a bigger spaceship and extra plot points - akin to the release of The Stanley Parable on Steam a couple of years back which featured extra content. However, if you don't own a good gaming rig or your computer is getting a little old - expect some annoying technical issues, as this game is not nearly as optimized as one could hope and requires a lot more horsepower than expected. But because I found the premise of the game to overshadow the technical quirks - I give it 5 stars. excellent job, I hope you will continue to work on this game and I look forward to your future projects.

Hi Jonathan, thanks for playing, we're really glad you enjoyed it so much, and it means a lot to us that you reached out to share your thoughts.

On the subject of optimisation; though the game looks simple, it's built using Unreal Engine 4, the engine we're by far the most proficient with. Though the engine is fantastic to work with, it certainly is heavy, made primarily for much more 'next gen' games, and so the requirements to run it are much higher than many other engines (such as Unity). Though we intend to optimise in any way we can find, the wiggle-room there is minimal, with laptops and systems with integrated graphics suffering the most.

As for an expanded version; we have no plans to add content to this game, but do have errrr... Plans. We carefully constructed it to be tightly focused and not outstay its welcome, and as you said yourself, it avoided becoming tedious. However, this game has always been one component in a larger collection of games that we've come to call The National Insecurities Murder Mystery Mix Tape. Once complete, this collection should be anywhere from 3-6 games long, each taking a different approach to the murder mystery genre in games. Some of this can be seen in my previous game Disorient on the Murder Express, which we plan to remaster quite substantially to compliment 2000:1's release elsewhere. We have several other ideas we want to try, however, and though we're sticking to murder mysteries, we don't like doing the same thing twice. So expect to hear more from us soon.

Thank you for your detailed explanation of the reasons behind the performance issues. I myself started dabbling a bit in game making not too long ago (although with much less demanding engines such as GameMaker 2), so I have a general Idea of the effort being put into making a game accessible as possible, especially for weaker and older hardware, I guess I am due for an upgrade soon anyways! :) However, I still do believe that adding an option to change the resolution might help people with less horsepower available.

On the subject of the Murder Mix Tape - I am very intrigued. After briefly playing through Disorient on the Murder Express today, I must say that I agree that a collection of individual, albeit-short games with different premises will be better than just an expansion of an already existing story that indeed runs the risk of becoming tedious.  If you ever find yourself in need of a beta tester, I will be more than happy and willing to help and participate!

Thank you again for the reply.